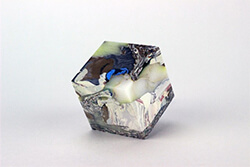 Designer Carter Zufelt has created a new way for recycling used plastic and it is unlike any other method. He transforms plastic rubbish into fantastic pieces of art, which can be reused.

Zufelt’s technique is designed to retain the ability to manipulate the plastic. So instead of a uniform product that comes from mass-produced pellets mould injected, his pieces show complex patterns, swirls and colours. The end result looks like carved marble rather than moulded plastic.

The technique involves multiple baking sessions, twisting, folding and compressing, states Zufelt. You also need the right amount of heat and pressure. It is a longer process, however as you can see the end results are very impressive.

Any type of plastic will do albeit Zufelt prefers to use plastic bags as they have a high strength to density ratio, they are in abundance and come in many colours.

Fufelt has gone to Kickstarter to help get his business started and funded. He’s called it “The Mill Project” and he’s looking for $25,000 investment within 42 days. You can pledge from as little as $5.00. You can also download a PDF for $5.00 to show you how you can do it yourself.

Whatever we can do to reduce the plastic waste in our environment can only result in the human race being healthier. Recent studies on micro plastic found in our oceans, is becoming a major source of concern.

Micro plastic has been found in shellfish and sea salt which we then digest. The highest level of plastic contamination was found in salt sourced from the ocean: The researchers measured more than 1,200 particles of plastic per lb of sea salt. 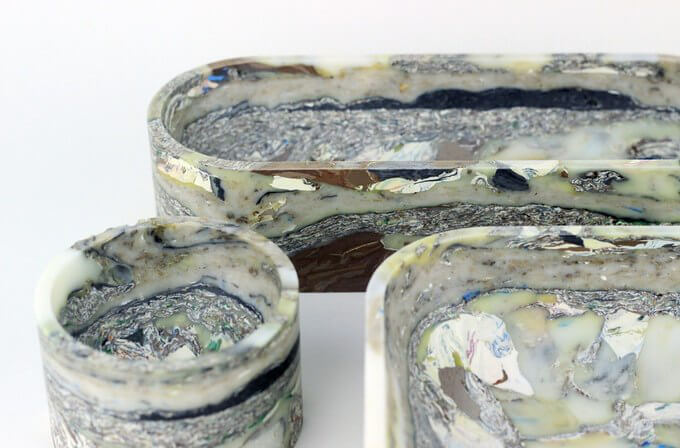 Where’s all that plastic coming from? Micro beads, for one — those tiny bits of plastic in your face wash that go down the drain and into the water table, where they eventually end up in the ocean, and then your stomach. That’s not good because micro plastics soak up cancer-causing and endocrine-disrupting pollutants in the water and deposit them in your body.