Do you still use Windows XP? 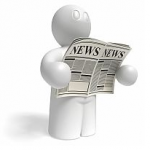 Windows XP is now coming to the end of its official supported life. In April 2014 Microsoft will no longer support this operating system. If you are a business still running XP PC’s, here are some interesting facts.

2014-15 will no doubt see a steady migration away from Windows XP. Concerns of security issues will be a big reason, as post April, Microsoft will not be providing and further updates or patches. Obviously wear and tear is also another reason and also later software and hardware won’t be tested or supported by XP.

In the second half of 2012 protected Windows XP computers had 4.2 infections per thousand which is considerably higher than Windows 7 or 8.

Don’t forget if you are upgrading your systems, then Recycling your IT can take all your legacy equipment, making sure that you get all the legal documentation you need to satisfy the Environment Agency your computers have been disposed of correctly according to Environmental laws. We also can provide secure data destruction and certification.