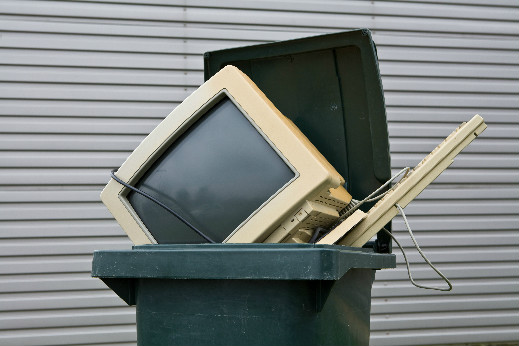 It is estimated that around 2 million tonnes of waste electrical and electronic equipment (WEEE) is discarded every year in the UK alone. Due to the fact that such equipment often contains elements and components that are harmful to the environment or to humans, there are strict and complex laws now in place regarding its disposal.

Those laws are known as WEEE regulations and are aimed at improving the rate of recycling of such equipment. In order to do so, they set down a number of rules relating to producers, distributors and users of WEEE. Before we get to those, however, it’s important to begin with what exactly counts as being WEEE.

What Exactly is WEEE?

‘equipment which is dependent on electric currents or electromagnetic fields in order to work properly and equipment for the generation, transfer and measurement of such currents and fields, and designed for use with a voltage rating not exceeding 1,000 volts for alternating current and 1,500 volts for direct current.’

To make things slightly less complicated, the regulations also set down 14 categories of equipment which falls within that remit. Those categories include large and small household appliances, lighting equipment, consumer equipment such as TVs and IT and telecommunications equipment.

What Do WEEE Regulations Require?

The WEEE regulations set down a number of rules regarding both the actions of those companies producing and selling EEE and the ultimate disposal of such equipment (once it becomes WEEE).

Companies which put EEE on the market in the UK, either by manufacturing, reselling or importing the equipment are required to register with the Environment Agency and to report regularly in order to ensure that they adhere to WEEE disposal regulations. Those companies, too, must mark all EEE they sell with a crossed out wheelie bin symbol to show that it mustn’t be disposed of as normal household waste.

Distributors of EEE, too, must take back waste products on a like for like basis when selling a new product by, for instance, collecting an old TV when delivering a new one. WEEE, whether it is collected by a distributor or thrown away by an end user, must then also be disposed of in a way that adheres to the WEEE regulations.

That means that the equipment cannot be sent to landfill or similarly disposed of, and must instead be taken to what’s known as an approved authorised treatment facility (AATFs). It is at such a facility that the WEEE will be properly treated and recycled in order to avoid harmful impacts on the environment or public health. Exactly what that treatment entails depends on which of the aforementioned 14 categories the WEEE in question fits within.

What Happens if WEEE Regulations are Flouted?

WEEE regulations are a part of both UK and EU law, and as such, failure to comply with the regulations can lead to companies or individuals facing criminal prosecution in either a Magistrate’s Court or even the Crown Court.

If an organisation or individual faces prosecution in a Magistrate’s Court for failure to comply to the regulations, they can be hit with a fine up to a maximum of £5000. If the prosecution occurs in the Crown Court, meanwhile, the level of fine that can be levied is unlimited.

It is vitally important, therefore, for individuals and especially businesses to ensure that WEEE is correctly and compliantly recycled.